Following the dissolution of Yugoslavia, the country proclaimed independence on 3 March 1992 and known as the Republic of Bosnia and Herzegovina. Later, it was followed by the ethnically-rooted civil war known Bosnian War, lasting until late 1995 among its three main ethnic groups: Bosniaks (Bosnian Muslims), Croats and Serbs.

The new name, Bosnia and Herzegovina (Croat: BOSNA I HERCEGOVINA, Serb: БОСНА И ХЕРЦЕГОВИНА) only officially began to be used towards the end of 1997 and during the transition and implementation of Dayton Accords, whilst the old was used on official documents.

Bosnia and Herzegovina began issuing their own passports in December 1992 and ceased recognizing the validity of passports issued by the Socialist Federal Republic of Yugoslavia (SFRY) in November 1993.

Biometric passport covers are blue with inscriptions in gold; inscriptions vary depending on whether it is a civil, diplomatic or service passport.

From 1992 until 2015, there have been seven known series of passports with visual differentiation that can be spotted instantly on the cover. Some edition can be further branched based on major and/or minor varieties. 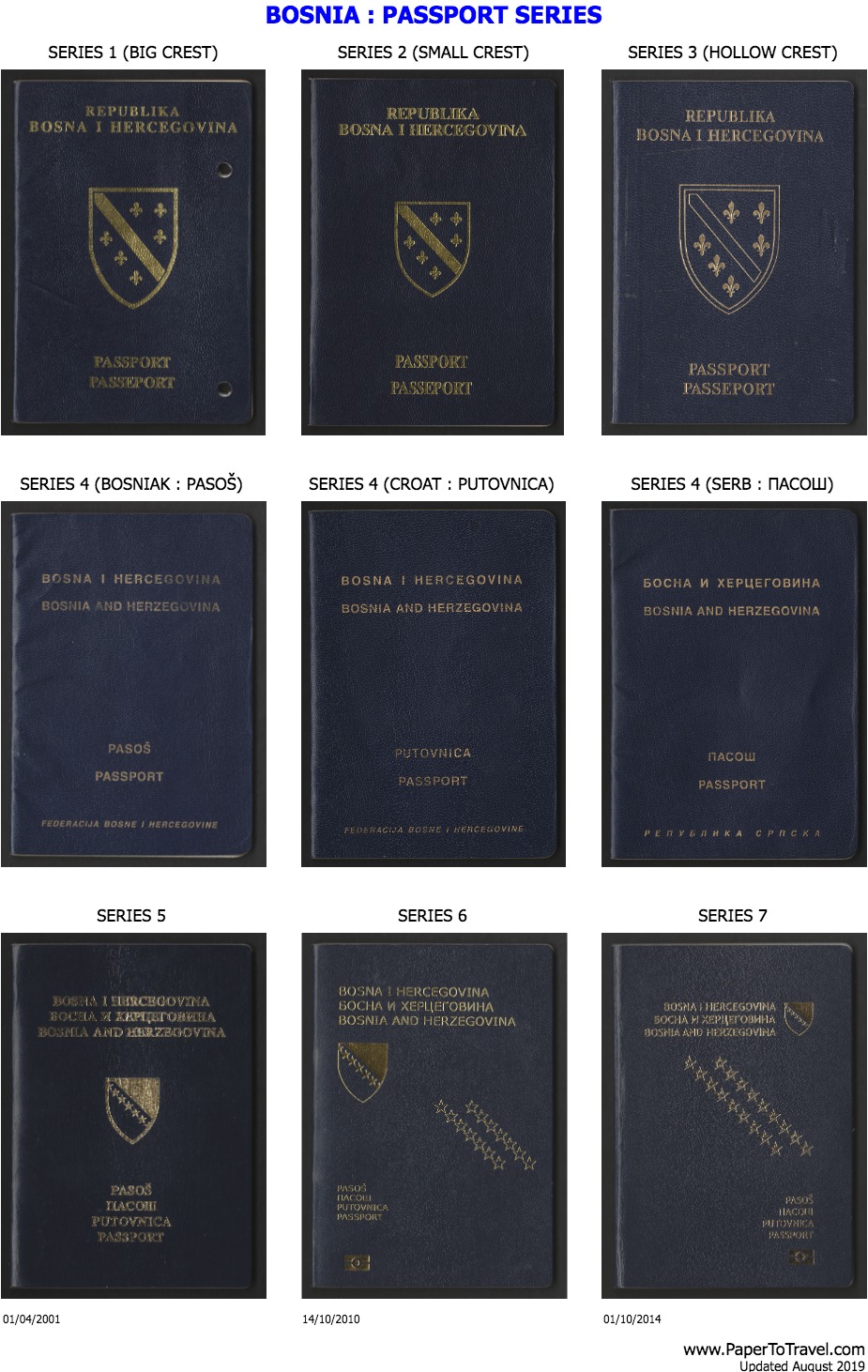