MYPASS
United Kingdom British Passport : Series 23 (2015 — 2019) Biometric, EU 'Series B : Creative United Kingdom'
Last Updated 13th April 2021 09:17:53 AM
Series B e-passport was introduced through a phased implementation from December 2015. For security reasons, the biodata page (personal details page) forms one continuous sheet of paper with the rear end page and is at the front of the passport. The cover design remained the same as Series A, with minor changes to the cover material. The number of pages of a standard passport was increased from 32 to 34, and the 50-page 'jumbo' passport replaced the previous 48-page business passport. New security features included rich three-dimensional UV imagery, cross-page printing and a single-sheet bio-data page joined with the back cover. At the time of its introduction, no other passport offered visa-free access to more countries than the UK Series B British passport.

The theme of the Series B passport was 'Creative United Kingdom', and HMPO described the Series B artwork as the most intricate ever featured in a British passport. The new passport contains images depicting just some of the successes in innovation, architecture, art, and performance that the UK has brought to the world. Each double-spread page set featured artwork celebrating 500 years of achievements in art, architecture and innovation in the UK. Ordnance Survey maps were also printed inside featuring places related to the imagery. A portrait of William Shakespeare was embedded in each page as a watermark. For innovation, these include Stephenson’s Rocket and the London Underground. To represent architectural excellence, the work of Sir Giles Gilbert Scott and modern-day architecture such as the Falkirk Wheel are shown. In art, the work of John Constable, as well as current greats Antony Gormley and Anish Kapoor, are included. William Shakespeare and the Globe Theatre are also featured to represent the very best of what the UK has brought to the performing arts.

De La Rue has got a 10-year contract with HM Passport Office designing and producing the British Passports starting in 2010 as well as the new 'Creative UK' passport in 2015. The passport was also designed by De La Rue. The new passport uses the latest and most secure printing and design techniques. This includes advances in security printing, inks, watermarks and holograms, alongside a continuous personal details page, which is a method of construction that has never previously been seen.

One continuous sheet of paper is used for the laminated personal details page, through to the page that is adjoined to the back cover.

"The passport is a unique symbol of national identity and a critical piece of national infrastructure. As such, there will be a huge expectation on the development of this design, which is likely to become a defining symbol of Britain's new identity and relationship with the world." - Julian Payne, De La Rue head design team, 2017.

Home Office has approved plans to raise the price of the passport with effect from 27 March 2018. The changes are underpinned by new fee-setting powers given to HM Passport Office under the Immigration Act 2016 to give it the resources it needs to process six million applications a year. The Home Office says it wants to shift the cost of passport services onto travellers to make it less of a burden on taxpayers.

Perforated passport numbering
The passport number that is printed on page 1 of the passport, as well as the personal details page, also appears in perforation throughout the passport at the bottom of each page. The perforated number contains different shaped holes which become smaller as you progress through the passport.

Embedded security fibres
These appear on every page of the passport. In daylight, these fibres consist of red and blue alternate bands. When exposed to a UV light source, each segment fluoresces in a different colour.

Sewing thread
The passport is bound using a security thread that consists of red, white and blue twisted strands. When exposed to UV light, each strand will fluoresce.

For centuries, the United Kingdom has led the way in the creative sector. In recognition of the achievements in art, architecture, innovation and performance from the people of Great Britain and Northern Ireland, the theme of the new passport is ‘Creative United Kingdom’. Each double-page spread within the passport features a unique design celebrating just some of the pioneering work in the creative industries throughout the last 500 years:
A portrait of William Shakespeare is used for the watermark on each of these pages in recognition of his status as the greatest playwright in history. Ordnance Survey maps also feature throughout the passport showing places related to the images on each page. 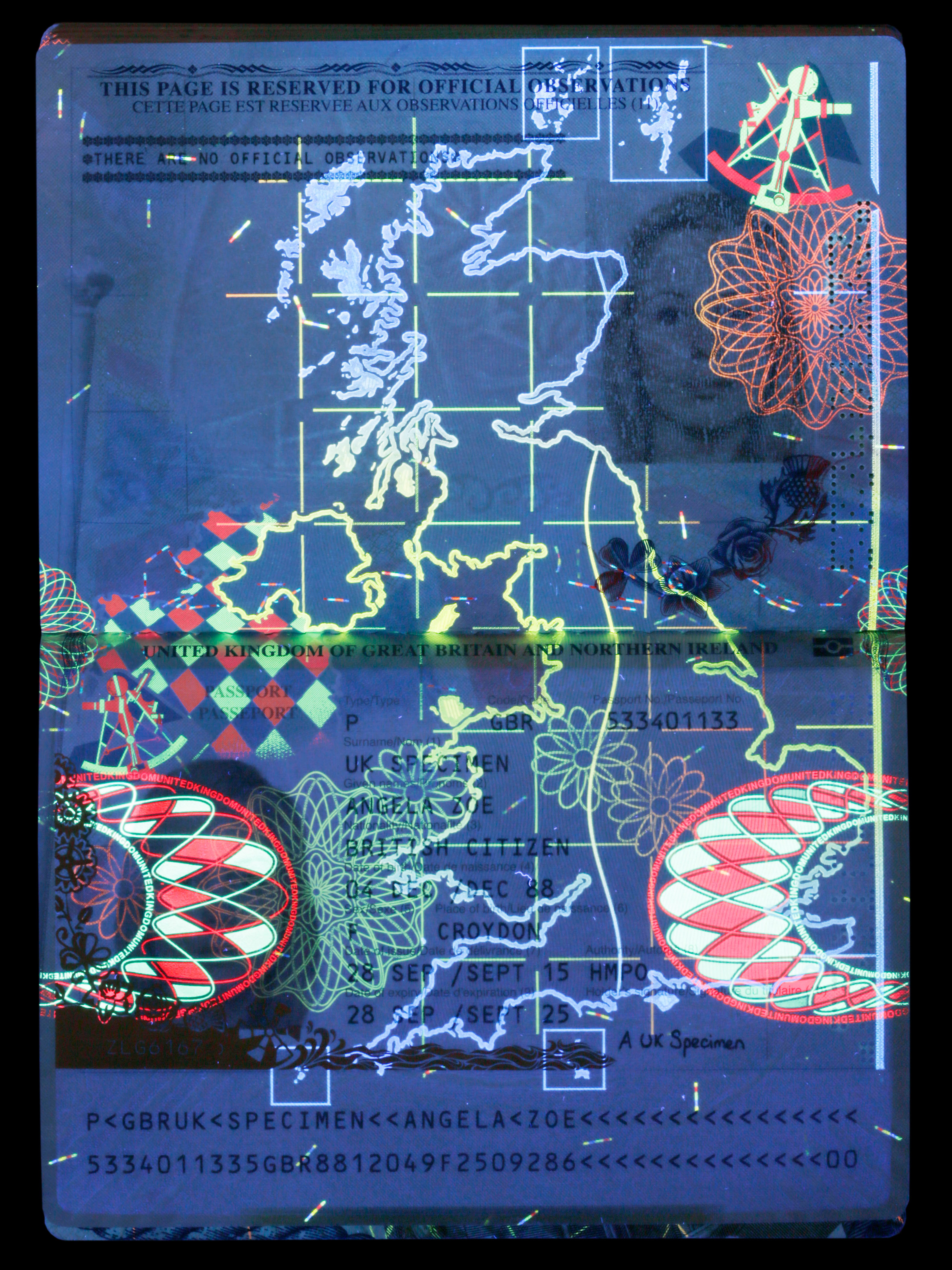 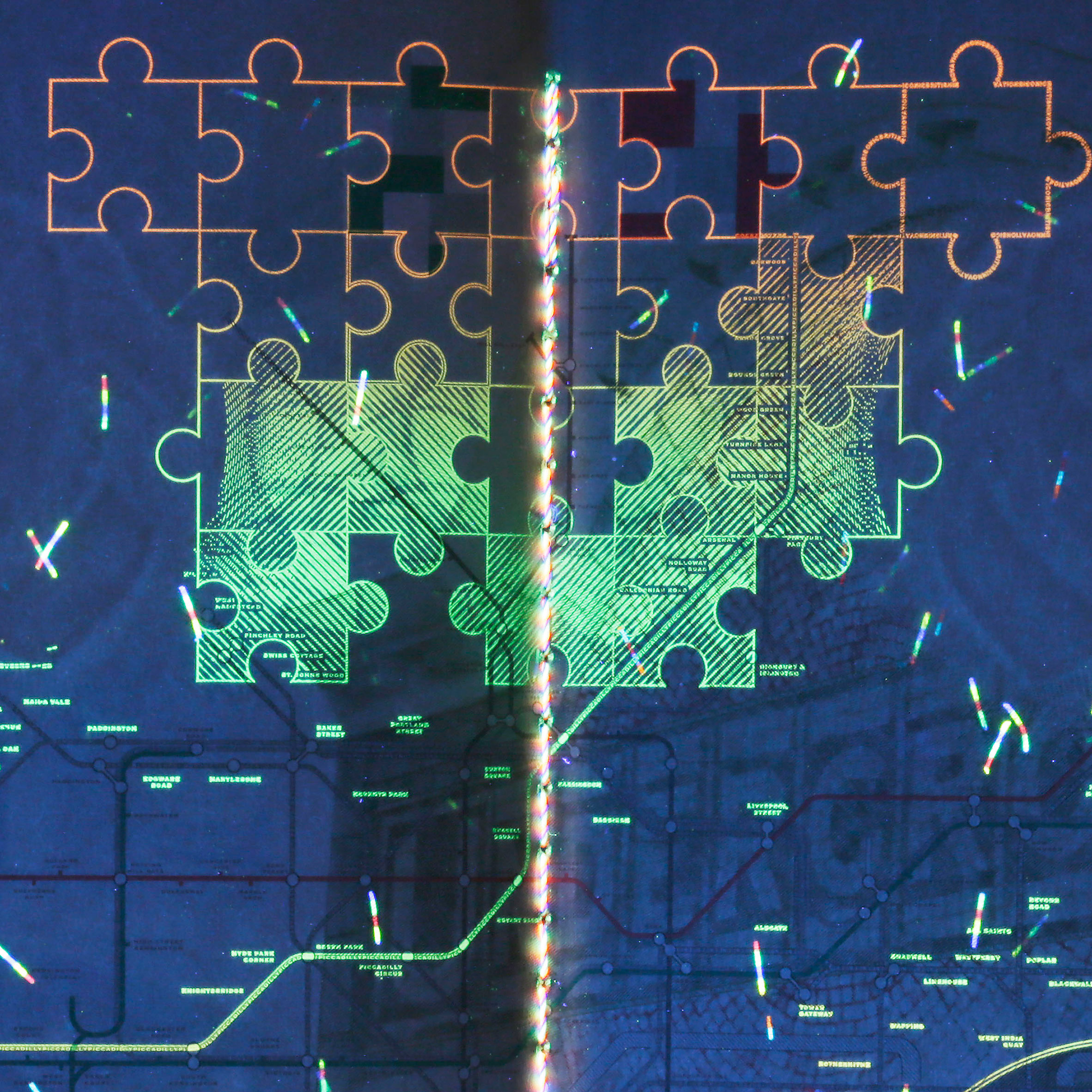 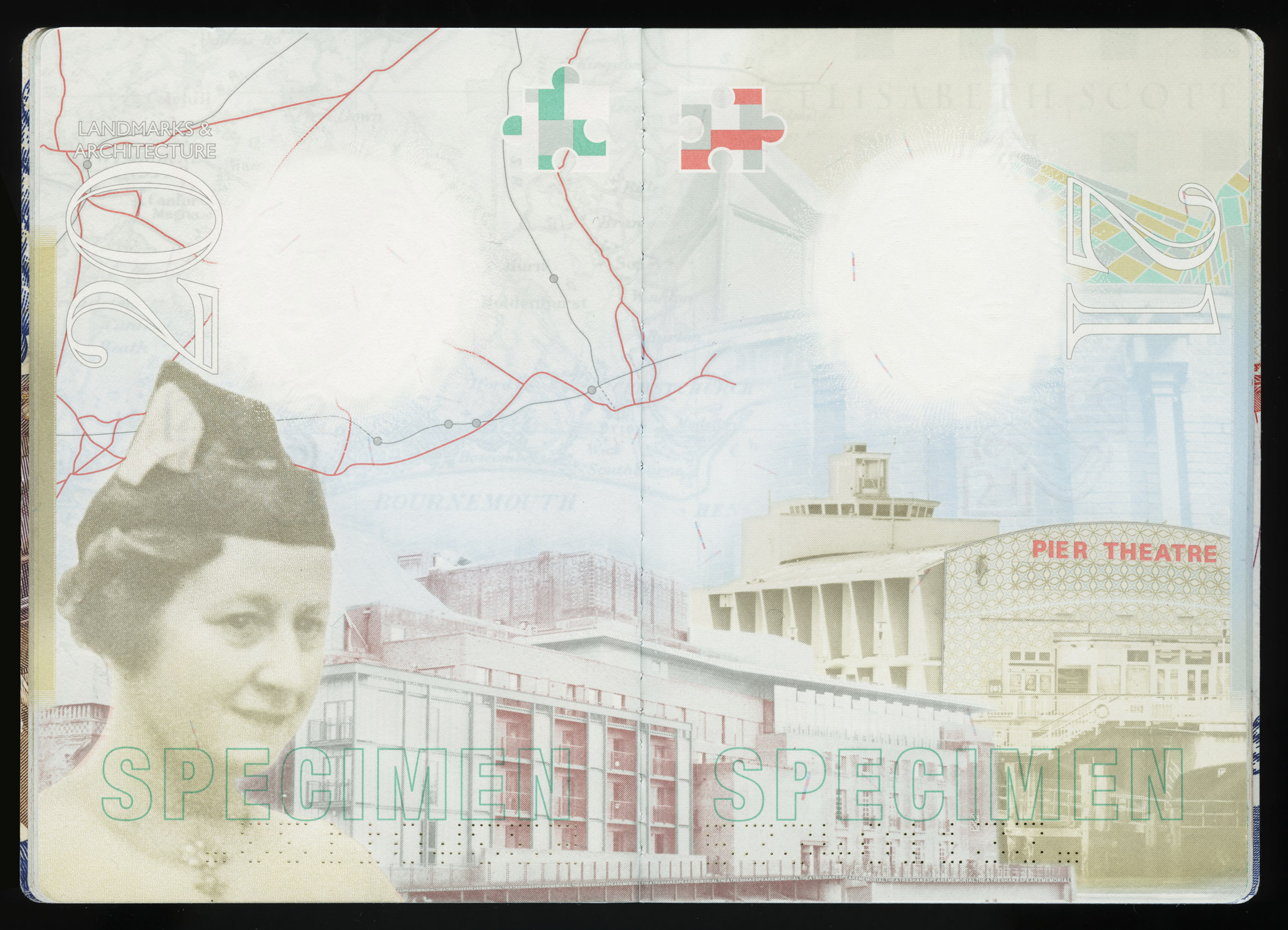 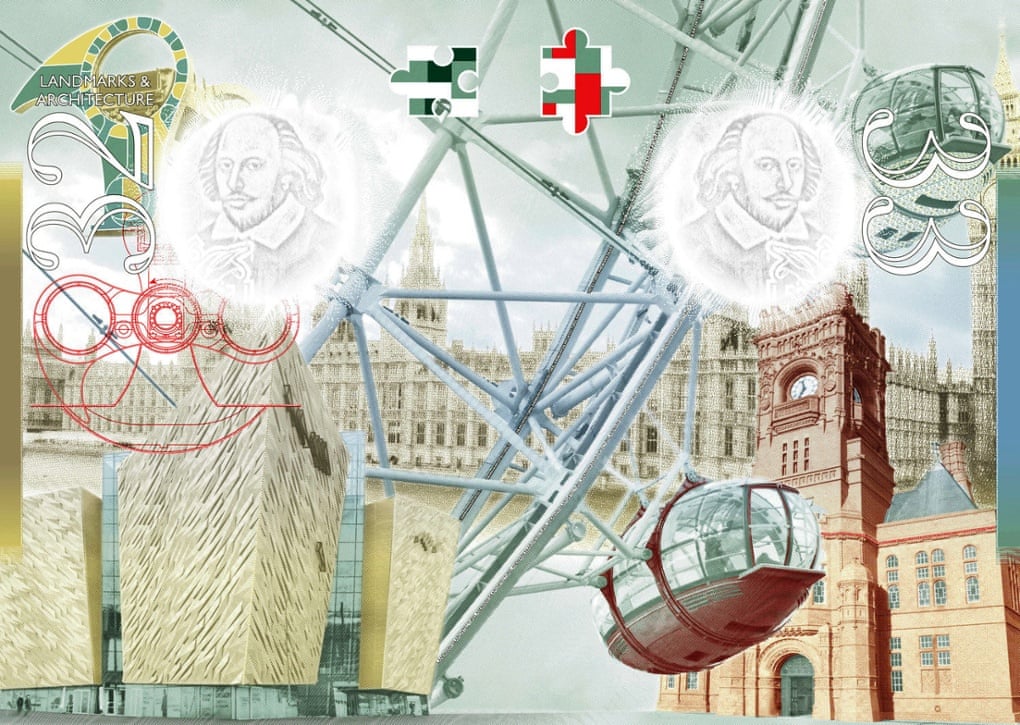