MYPASS
United Kingdom British Passport : Series 21 (2006 — 2010) Biometric 'Series A'
Last Updated 13th April 2021 09:22:27 AM
The Identity and Passport Service issued the first biometric British passport on 6 February 2006, known as Series A. This was the first British passport to feature artwork.

Version 1 showcased birds native to the British Isles. The bio-data page was printed with a finely detailed background including a drawing of a red grouse, and the entire page was protected from modification by a laminate which incorporates a holographic image of the kingfisher; visa pages were numbered and printed with detailed backgrounds including drawings of other birds: a merlin, curlew, avocet, and red kite. An RFID chip and antenna were visible on the official observations page and held the same visual information as printed, including a digital copy of the photograph with biometric information for use with facial recognition systems. The Welsh and Scottish Gaelic languages were included in all British passports for the first time and appeared on the titles page replacing the official languages of the EU, although the EU languages still appeared faintly as part of the background design. Welsh and Scottish Gaelic preceded the official EU languages in the translations section.

In 2010, Her Majesty's Passport Office signed a ten-year, £400 million contracts with De La Rue to produce British passports. This resulted in Series A, version 2, which introduced minor security enhancements. The biometric chip was relocated from the official observations page to inside the cover, and the observations page itself was moved from the back of the passport to immediately after the data page. All new art was produced for version 2, this time with a coastal theme. Data and visa pages featured coastal scenes, wildlife and meteorological symbols.

Renewal of the passport required physical cancellation of the old passport, which was then returned to the bearer. The top-right corners of its front and back covers were cut off, as well as the top-right corner of the final pair of pages, which had been bound in plastic with the bearer's details and a digital chip; a white bar-coded form stating "Renewal" and the bearer's personal details was stuck onto the back cover.

The first e-passport was issued on 6 March 2006. These e-passports introduced a new design with additional security features, including a chip with the holder’s facial biometric. The passport showed the personal details on the last page with the chip and antenna visible on the observations page.

Since 10 September 2001, UK digital image passports have been valid for up to 10 years and 9 months. 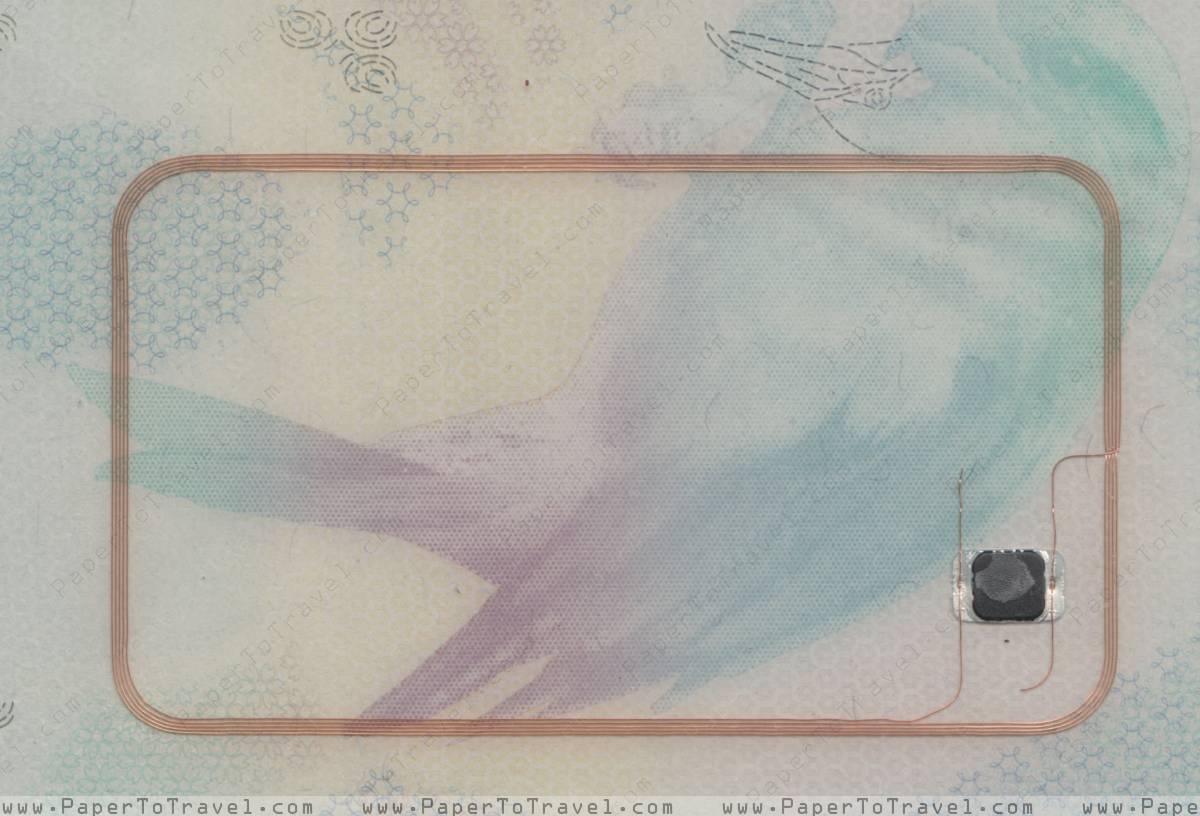 The observations page contains a biometric chip and antenna; any printed observations will be within the antenna area.

The Welsh and Scottish Gaelic languages were included in all British passports for the first time in 2005.
WELSH AND SCOTTISH GAELIC IN UK PASSPORTS. Published on 8 February 2005, available at https://webarchive.nationalarchives.gov.uk/20050302031736/http://www.ukpa.gov.uk/news/news.asp?intElement=926

The changes to British passports have been driven by the US rather than the EU. The US requires certain passport features for participation in its visa-waiver programme, which allows citizens of most developed countries to enter the US for business or recreation trips of up to 90 days without a visa. The US demands compliance with ICAO standards, but it also imposes more stringent photo requirements and biometric features. The new US requirements have been imposed on the UK via the EU: the US informed the EU of its demands, and the EU then incorporated them into its own passport standards.