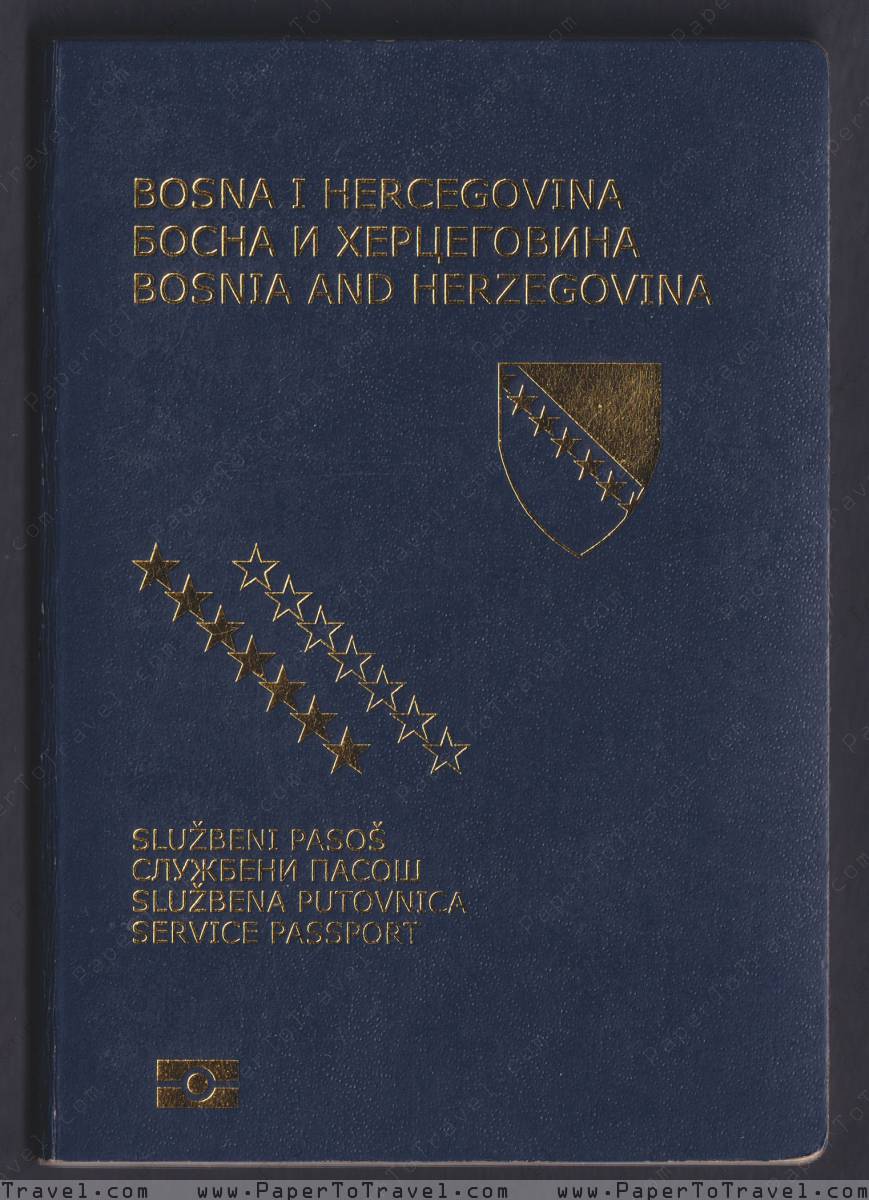 It deploys second-generation e-Passport technology which includes a contactless chip containing the holder's photograph, signature and fingerprints are known as extended access control (EAC) passports, which "include more digital certificates and special protection of fingerprints compared to the previous generation of biometric passports".

The second generation refers to the ICAO standard which requires the implementation of fingerprints (EF_DG3) and the main difference is the new security mechanism known as Extended Access Control (EAC) which is necessary for access protection. In second-generation ePassports, fingerprints are considered to be highly sensitive information, hence the new protection.

BiH passports are not renewable, and applicants have to apply for a new passport every five years.

Produced by Bundesdruckerei (Federal Printing Office) based in Berlin, Germany.

Because it does not follow the ICAO requirement which uses 9 alphanumerics, the document number has been padded with one < in the MRZ.

Digitally printed signature and a slightly larger ghost-image in the middle. 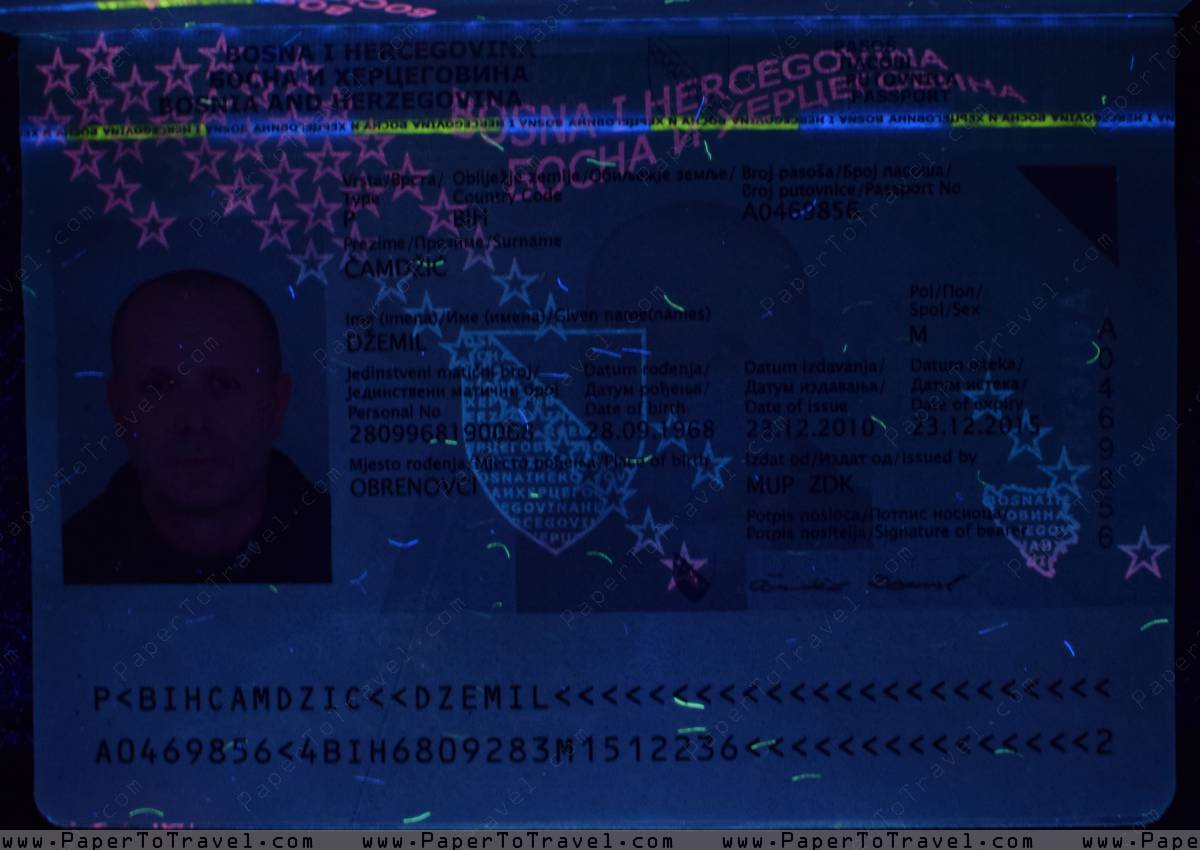 Information can only be read under UV-light on page 3. 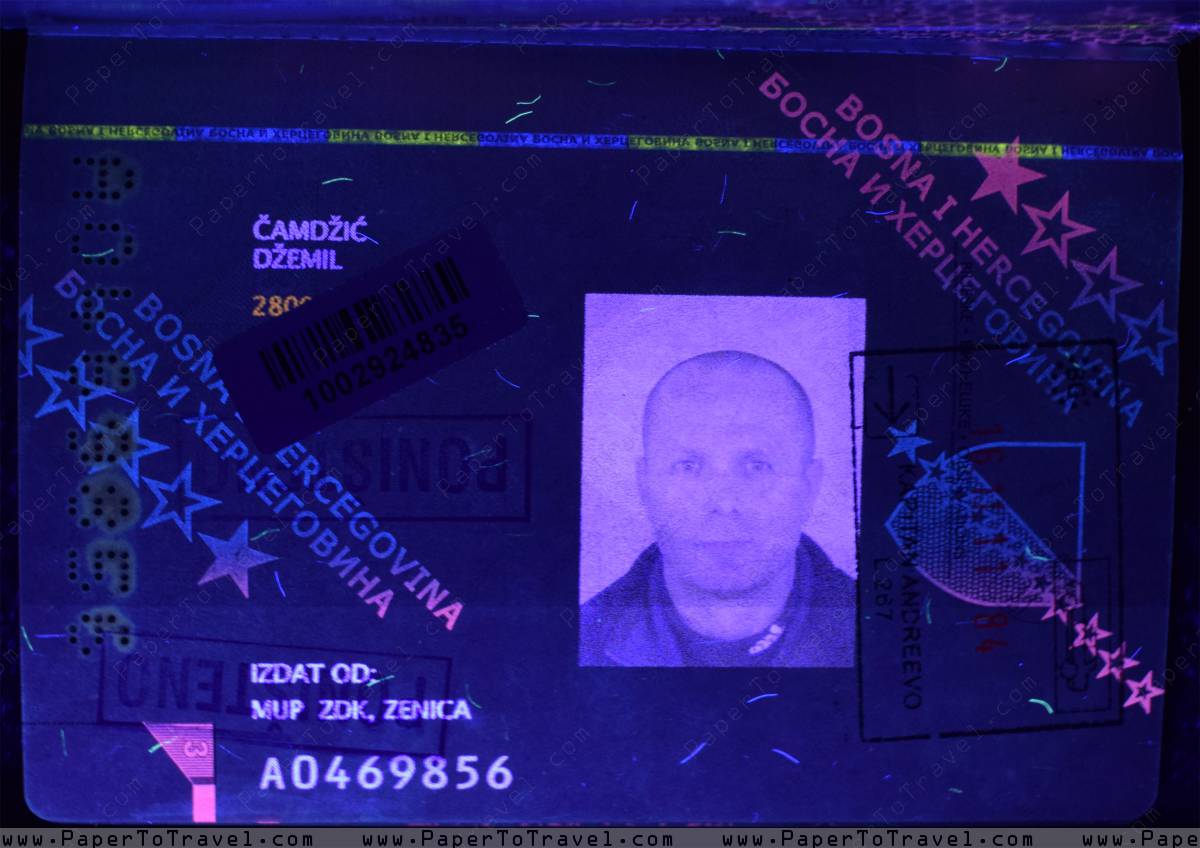 Passports of Bosnia and Herzegovina are in the three official languages Bosnian, Croatian and Serbian (Cyrillic) and in addition to English.

Federation of Bosnia and Herzegovina.

A regular biometric passport has no diplomatic request.

The current coat of arms of Bosnia and Herzegovina presents the typical straight top, oval sides, and spiked bottom. The coat of arms has two background colours, dark blue and gold. The top right corner forms a yellow triangle symbolizing the shape of Bosnia and Herzegovina, with the blue covering the remaining portions of the flag portraying the sky, rivers and lakes.

Printed in Croatian, Serbian, Bosnian and English on the interior side of the back cover.