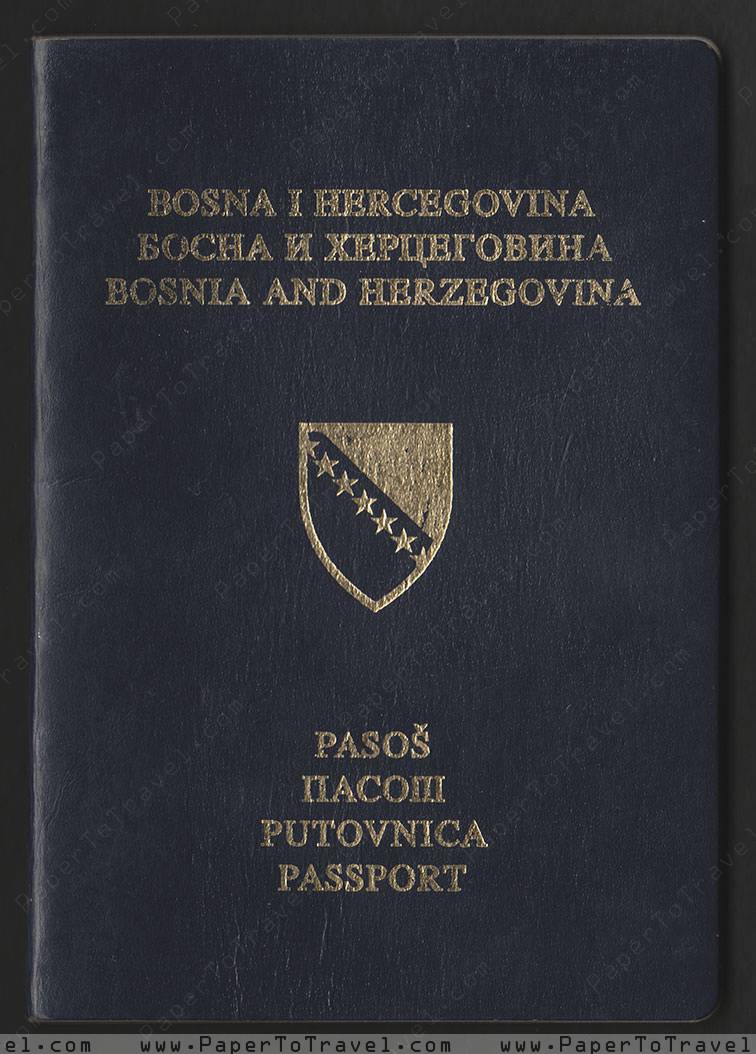 These passports were used before biometric passports were introduced in Bosnia. They were first issued on 1 April 2001 and lasted until 14 October 2009.

Old passports, which carried the insignia of either the Republika Srpska or the Federation of Bosnia and Herzegovina, expired in November 2002, after which they were replaced with passports from this series. The Consular Official stated that regular citizens of BiH hold "only one type of BiH passport as a valid travel document for the entire country". The new passport has a Bosnian crest visible over the date and place of issue, and the text throughout the document is in Bosnian, Croatian, Serbian and English.

Passports from this series were not renewable, and applicants have to apply for a new passport every five years for adult and two years for below 18.

Passport numbers are no longer prefixed with alphabets and each one use 7 digits.

Because it does not follow the ICAO requirement which uses 9 alphanumerics, the document number has been padded with one < in the MRZ.

The passport numbers are needle-perforated from page 3 to page 31.

The country's code, as well as nationality, were printed as BIH.

Expired passports were not permitted to be renewed as new document must be issued.