Based on a new contract, Datasonic will be providing chips with booklets for Malaysian International Passport beginning 1 December 2016 and will continue doing so until 30 November 2021.[1] This new re-designed passport was issued for the public since 15 November 2017[2]. 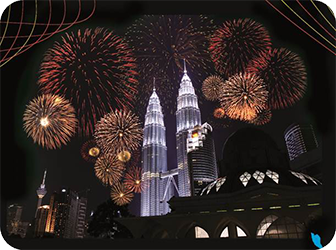 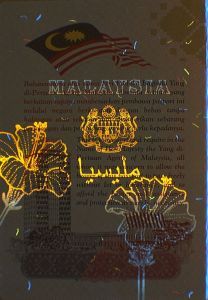 UV on the diplomatic request page. 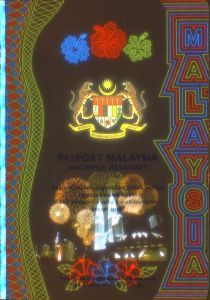 UV on the backside of datapage; showing the Kuala Lumpur Scene by Night. 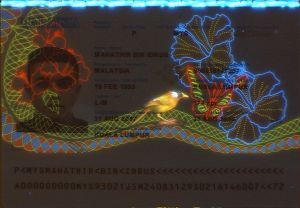 UV on the datapage.

MAIN DIFFERENCES FROM THE PREVIOUS MODEL

Colour schemes on the datapage and interior pages.

Note number 7 on page 49 was removed.

The overall interior colour, decoration design showing flora and fauna as well as buildings and nature parks to include from Sabah and Sarawak.

The security thread on every page.

The ICAO has recommended for ePassports worldwide and the European Union (EU) has decided to enforce ePassports within the EU the use of SAC mechanism for all travel documents issued as of December 2014.

Extended Access Control (EAC) is a set of advanced security features for electronic passports that protects and restricts access to sensitive personal data contained in the RFID chip. In contrast to common personal data (like the bearer’s photograph, names, date of birth, etc.) which can be protected by basic mechanisms, more sensitive data (like fingerprints) must be protected further for preventing unauthorized access and skimming. A chip protected by EAC will allow that this sensitive data is read (through an encrypted channel) only by an authorized passport inspection system.

Malaysia International Passports with a chip embedded in the polycarbonate datapage can be issued within one hour of receiving payment. Applicants are no longer required to bring in personal photos as they are being taken digitally at the Passport Division counter using Facial Live Capture Recognition Device. All photographs must now show neutral facial expressions.

Documents issued from 15 November 2017 are using fee structure from the table below and fixed validity of 5 years non-renewable. 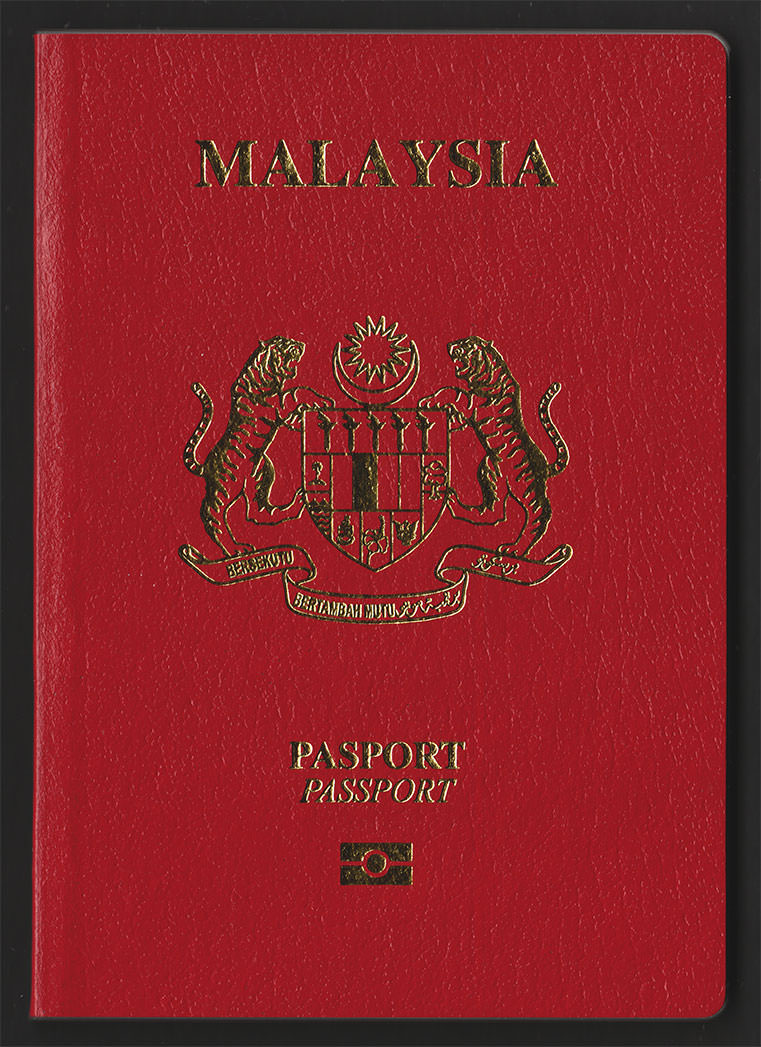 The adjectival form used on page 1 is somehow vague as the country adjective for Malaysia is Malaysian, therefore in English, it should have been written as MALAYSIAN PASSPORT.

Document's number which was repeated as either using laser perforation or printed as a barcode is of eight digits without the prefix of holder's residency status alphabet within the Federation of Malaysia. A is for a resident of the peninsular (known as Malaya or the Malay States), K is for Sarawak and H is for Sabah. But, the barcode on page three is only with numbers without the residency prefix.

Visa pages were laser perforated with the passport number only in numeric digits and without residency prefix. Laser perforation produces no ridges and creates a conical effect in which the holes that make up each of the eight digits decrease in diameter, with the largest holes on page one and the smallest holes in the back of the book.

Interesting to note that the Malay version did not capitalize the word nama but does so in the English version, both marked red in the text above.

The real reason that the document is invalid for visiting Israel is that there are no diplomatic relations between Malaysia and Israel. Malaysia is one of 36 countries that do not recognize the statehood of Israel.

Despite the Malaysian government has banned the Malaysian passport holder from travelling to North Korea[3] from September 2017, it has not been explicitly reflected on the passport, unlike Israel.

Note number 7 (which reads, "The holder’s photograph should be replaced if the holder’s appearance and features have visibly changed.") from the previous model was removed.