MYPASS
Malaysia International Passport Model D : Malaysia 1970 — 1984
Last Updated 13th April 2021 09:08:51 AM
First two varieties are the differences of pre-printed permitted countries where the first one has 13 and the second was reduced to 8. It is assumed that a third variety exists where South Africa was added and increasing the list to 9 countries. Additional two varieties based on the coat-of-arms used on the cover may also exist as well.

In 1981 the crest on the Malaysian passport was enlarged; however, no other changes have been made to the passport. 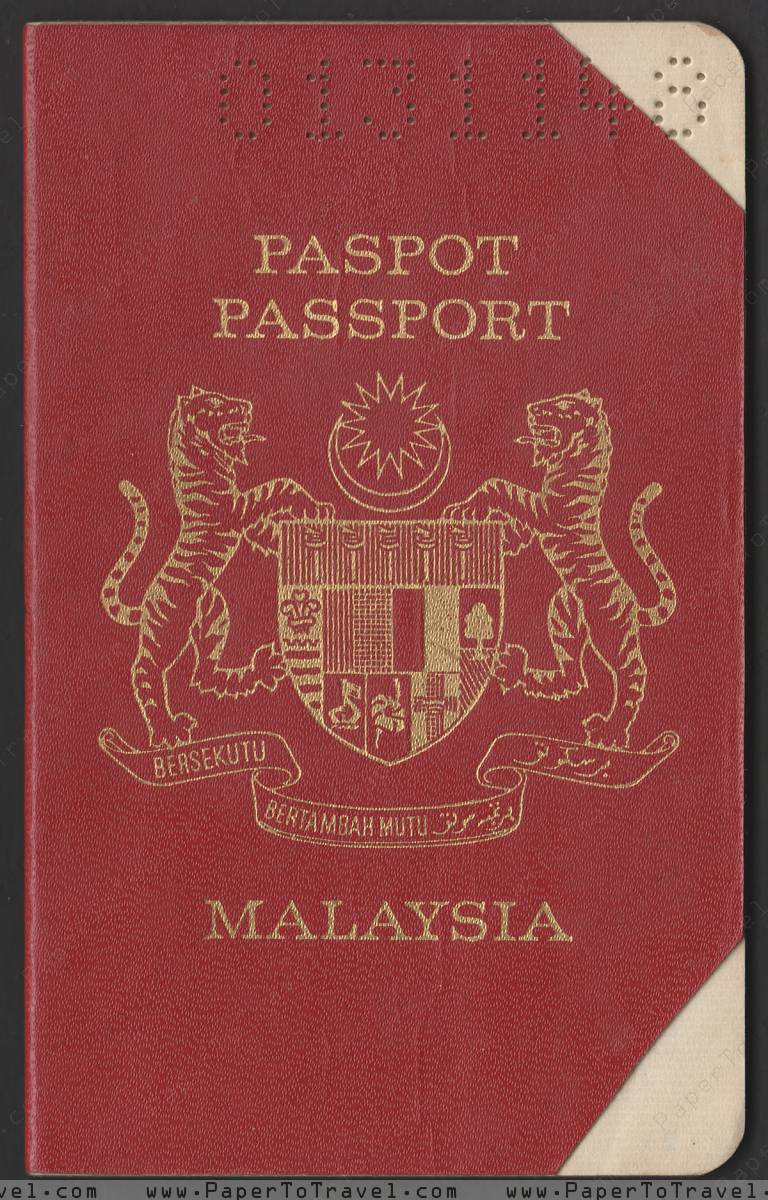 All internal pages have a watermark 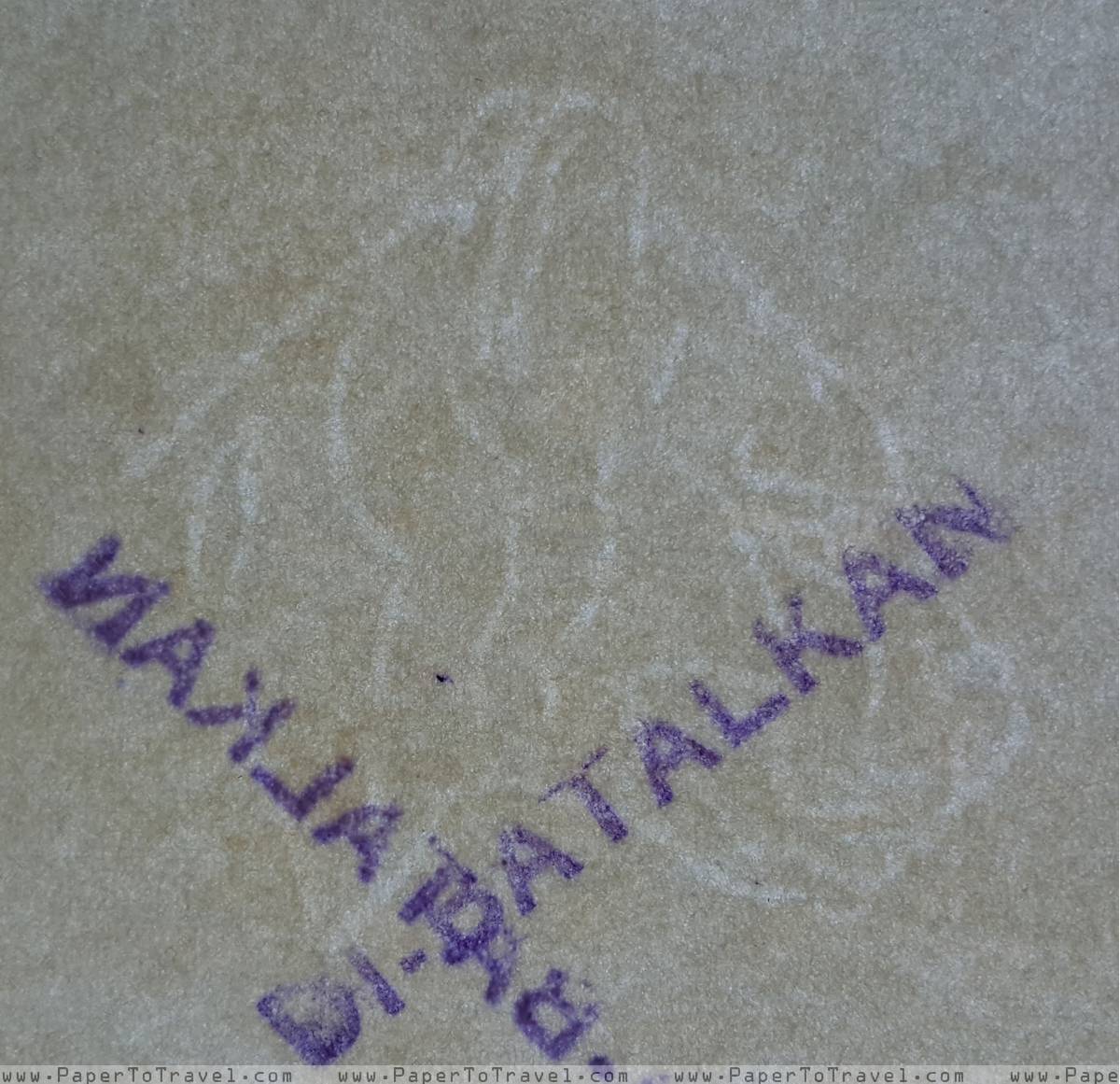 Therefore, there is a probability that the second coat of arms has been used on the cover, therefore the variety of these differences may exist.

Old spelling for Pasport in Malay which was without R.

The passport number was needle-perforated on top-left from the front cover until page 15.

Later, it was changed to: 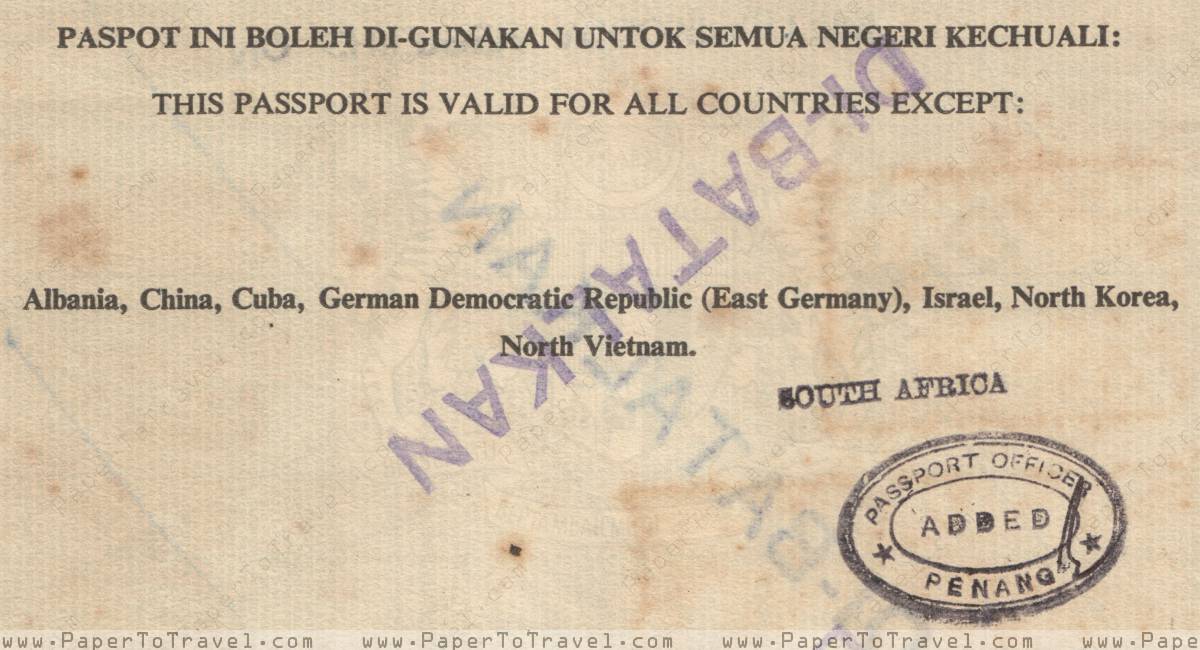 On some documents, where the original printed countries of exception were cancelled, a rubber-stamped was placed: 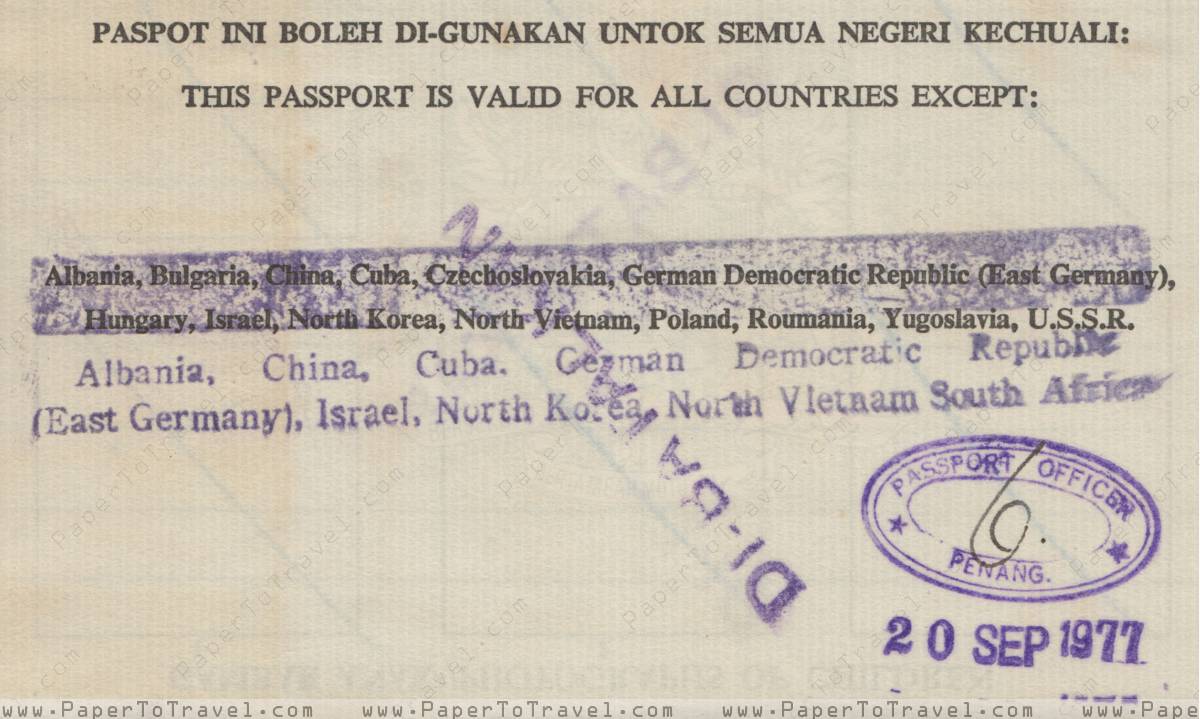