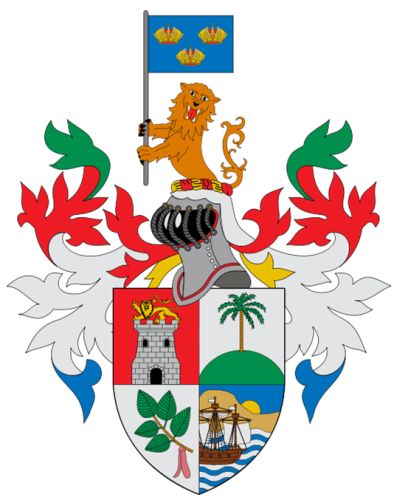 Flag of the Straits Settlements

As a Crown Colony, the Straits Settlements was ruled by a governor, based in Singapore, with the assistance of executive and legislative councils. A lieutenant governor was appointed for each settlement to supervise the day-to-day administration. 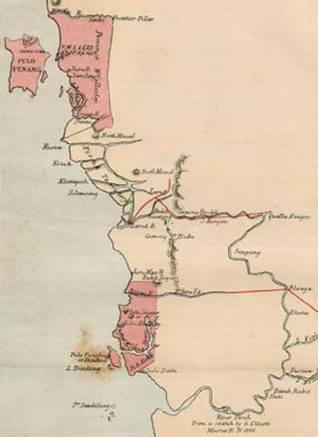 The Territory and Islands of Dindings was an enclave in the State of Perak which included Pangkor Island as well as the towns of Lumut, and Sitiawan on the mainland. The combined area of about 183 square miles, were ceded by Perak to the British government under the Pangkor Treaty of 1874 (Pangkor Engagement). On 6 June 1934, a treaty was signed by Sultan Iskandar Shah, which meant the return of Dinding back to Perak and Dindings Agreement (Approval) Bill was subsequently received by the Royal Assent at the British Parliament on 16 November 1934.[1][2][3] It was returned to and administered by the government of Perak officially on 16 February 1935.

The island of Labuan ( لابوان ), off the coast of Borneo, was incorporated into the colony with effect from 1 January 1907. On 1 December 1912[4] it received a new status as a separate and formed the fourth settlement, named Settlement of Labuan within Straits Settlements. 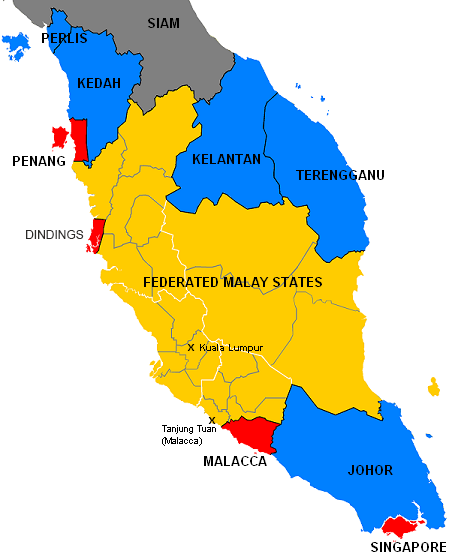 The territory was under Japanese Occupation from 1942 to 1945 and later under British Military Administration from 1945 to 1946.

After the Straits Settlements was dissolved on 1 April 1946, Singapore together with the Cocos (Keeling) and Christmas Islands was separated to form Crown Colony of Singapore, while Penang and Malacca joined the new Malayan Union. Labuan was briefly annexed to Singapore before becoming a part of the new colony of British North Borneo on 15 July 1946.

In 1858, the Straits Settlements became part of the Crown’s Dominions and since then, the nationality status of the population was determined by the British nationality law, therefore every person is naturally born in the Crown Colony no matter what his parentage, became a natural-born British Subject. The term was used to denote de facto citizenship of the United Kingdom and the British Empire as every person born within the dominions and allegiance of the British Crown was, based on English common law a British subject. To be a subject required only that a person be born in any territory under the sovereignty of the Crown. From time to time, statutes were passed expanding the class of persons who held the status of the subject.

Apart from being born, a person may be naturalised within British Empire colonies and dominions.

The term subject is used rather than citizen because in a monarchy the monarch is the source of authority in whose name all legal power in civil and military law is exercised. The people of a monarchy in former times were regarded as the monarch's subjects who were under certain obligations such as owing allegiance to and thereby entitled to the protection of, the Crown.

Despite the single term of British Subject used within the Colony, it was still being divided into: As Straits Settlements were governed by the East India Company, therefore every act passed by the Indian Act 1852 was also valid in these colonies and in particular Indian Act No. XXX of 1852 (An Act for the Naturalization of Aliens) which was enacted and passed in the Indian Council by the Governor-General of India on 16 July 1852. This Act was to distinguish the local-born populations and immigrants in the area governed by East India Company. It was local naturalization in the British dominions by providing the status of natural-born British subject by naturalization. Paragraph VIII of the Act further explained that the rights, privileges and capacities shall be granted as for a British subject. The imperative emphasise was on a person must be born within the British dominion and shall be deemed a natural-born British subject.

Definition of British Subject, based on British Nationality and Status of Aliens Act 1914, Section 27[7]

When the Naturalization Act was enforced, the early Straits Chinese who received the privilege of being British subjects were actually the Chinese of Fujian origin. The new Chinese immigrants who came after the formation of Straits Settlements in 1867 were labelled as sinkeh (new arrival).

Any woman who, having been born a British subject may lose her status and become an alien if she married someone who is not a British Subject. Her status will then follow the status of the current husband.

But the status is recoverable if she was divorced or widowed.